How Much is Six Figures 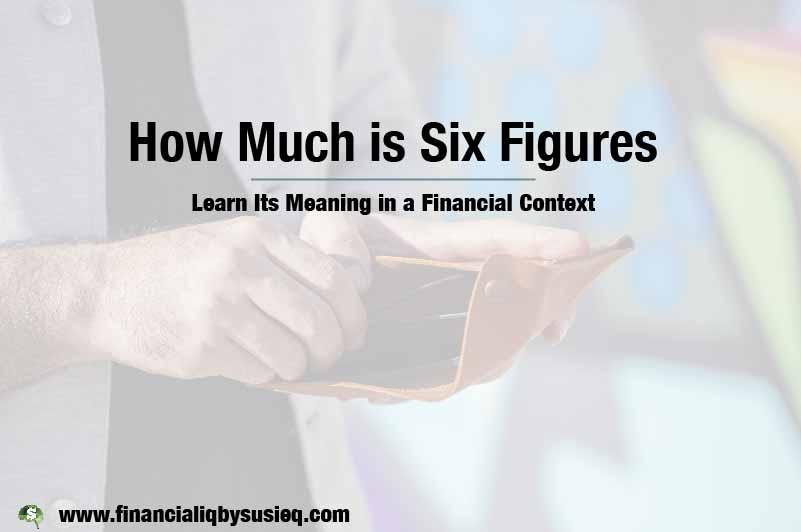 Six figures!  You often hear that term.  What does it mean?  It means different things in different contexts.  In this post, I’ll help you understand “six figures” as relates to your finances.  I’ll provide some interesting stats about what careers allow you to earn six figures and the percentage of people in each state who make at least six figures.  Lastly, I’ll identify some unique aspects of US income taxes that affect people who make more than six figures.

How Much is “Six Figures”

In the context of personal finance, “six figures” refers to the value or amount of something financial.  Examples include:

All of my examples use dollars for currency, as that is the currency in my part of the world.  What’s really interesting is that the value of “six figures” varies from country to country.  For example, the Canadian dollar is currently worth about USD0.80.  Therefore, a six-figure income or net worth measured in Canadian dollars corresponds to roughly USD80,000 to USD800,000.

Buying power also impacts the value of “six figures.”  In some parts of the world, USD1 goes a lot further than in other parts of the world.  This article from the World Population Review has a great chart that shows that the cost of living in Pakistan (the least expensive country shown) is less than one-quarter of the cost of living in Japan (the most expensive country shown).  Therefore, if you had the equivalent of USD100,000 in Pakistan, you could buy just over four times as much as you could in Japan. In other words, you’d only need USD25,000 to live the equivalent lifestyle in Pakistan to having USD100,000 in Japan.

The same thing exists within the United States, though not to as great an extent, according to the World Population Review.  It costs about twice as much to live in Hawaii (the most expensive state) as it does in Mississippi (the least expensive state).  So, having six figures in Hawaii isn’t as wonderful for your financial health as having six figures in Mississippi.  Of course, there are many other benefits of living in Hawaii!

The chart below shows 58 jobs for which the median wages in the US in May 2020 were in the six figures, according to the Bureau of Labor Statistics Occupational Employment and Wage Statistics Survey. 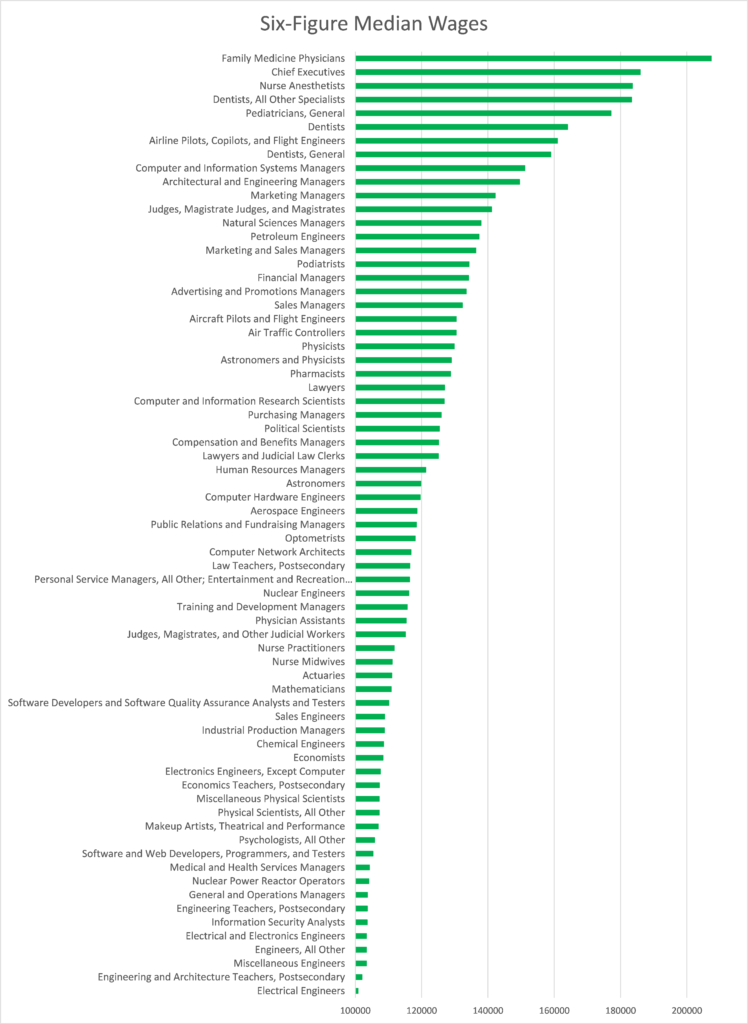 The map below shows the percentage of workers who have a six-figure salary (or more) in each US state. 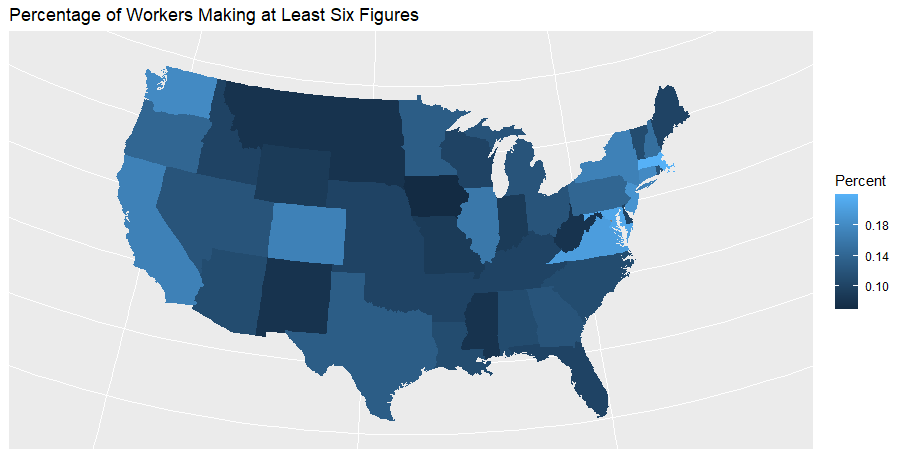 Some regional patterns are also evident.  States on the East and West coasts tend to have higher percentages of workers whose salaries are at least six figures than states in the middle or Southeast.

Many of the states with lower percentages of workers who make at least six figures also have relatively low costs of living.

If you make six figures in the US, you’ll likely pay taxes at a higher rate than if you don’t.  There are several aspects of the tax calculation that impact high earners.  A few of them include:

As such, while there are great benefits to earning six figures, you’ll want to make sure you understand all the possible extra taxes you might have to pay.

Share on TwitterShare on FacebookShare on PinterestShare on LinkedInShare on Email
Author: Susie Q
Filed Under: Money Basics
A Reverse Mortgage for Retirement Planning