What is Diversification and How Does it Work? 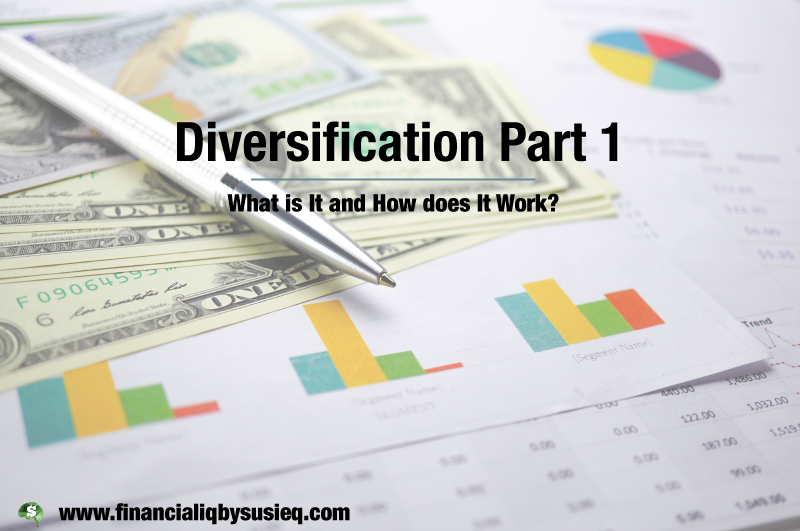 One of the key concepts used by many successful investors is diversification.  In this post, I’ll define diversification and explain how it works conceptually.  I explain different ways you can diversify your investments and provide illustrations of its benefits in this post.

Diversification is the reduction of risk (defined in my post a couple of weeks ago) through investing in a larger number of financial instruments.  It is based on the concept of the Law of Large Numbers in statistics. That “Law” says that the more times you observe the outcome of a random process, the closer the results are likely to exhibit their true properties.

For example, if you flip a fair coin twice, there are four sets of possible results:

Estimating the True Probability of Heads

Following this example, the observed result from only one flip of the coin would not be diversified. That is, our estimate of the possible results from a coin flip would be dependent on only one observation – equivalent to having all of our eggs in one basket.  By flipping the coin many times, we are adding diversification to our observations and narrowing the difference between the observed percentage of times we see heads as compared to the true probability (50%).   Next week, I’ll apply this concept to investing where, instead of narrowing the range around the true probability, we will narrow the volatility of our portfolio by investing in more than one financial instrument.

As discussed below, the diversification benefit depends on how much correlation there is between the random variables (or financial instruments). Before I get to that, I’ll give you an introduction to correlation.

Correlation is a measure of the extent to which two variables move proportionally in the same direction. It is important to understand that correlation does not necessarily imply causation, as illustrated by these examples.

In the coin toss example above, each flip was independent of every other flip.  That is, there was no correlation.

The two charts below show variables that have 100% and -100% correlation. 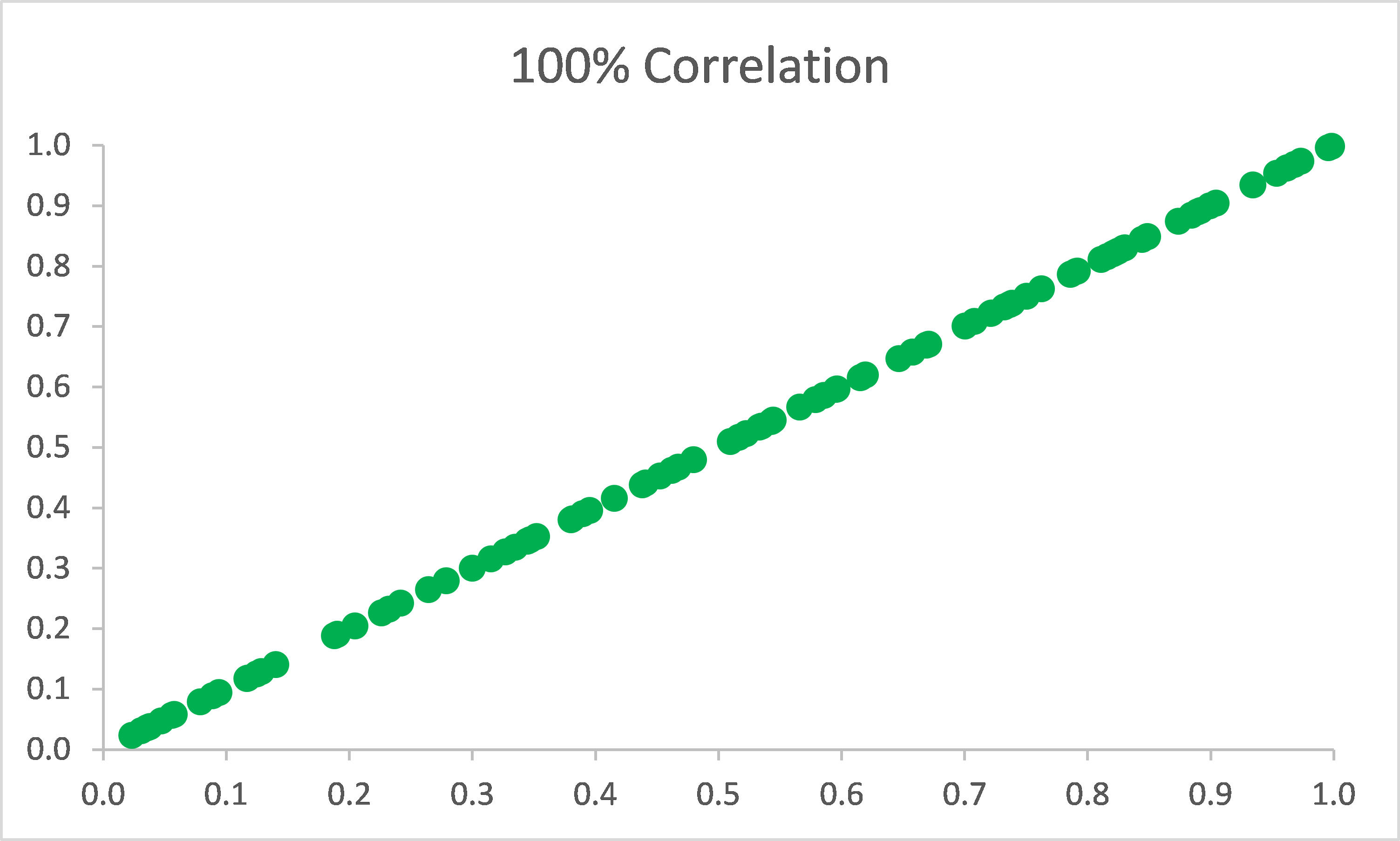 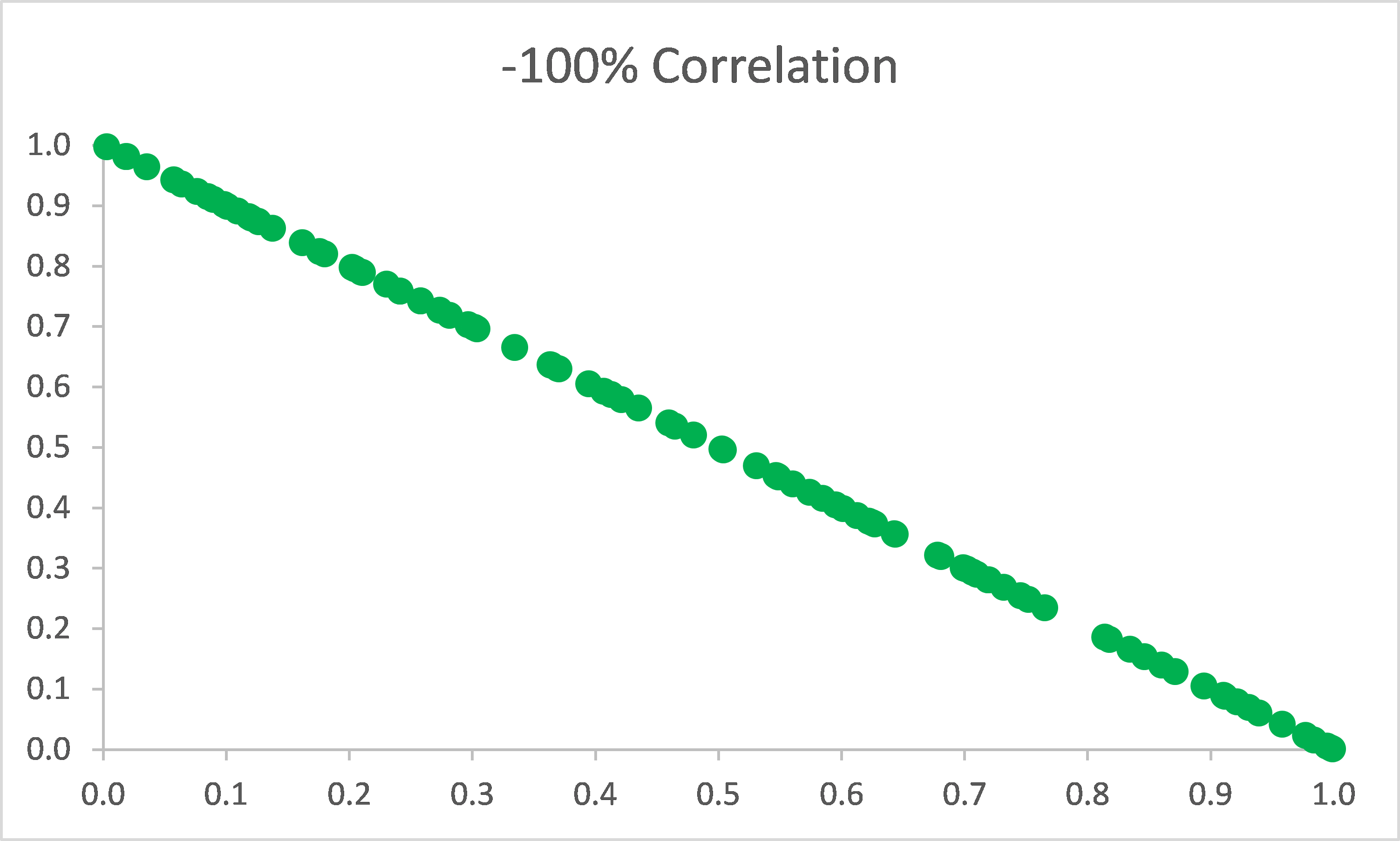 The graphs below give you a sense for what 50% and -50% correlation look like. 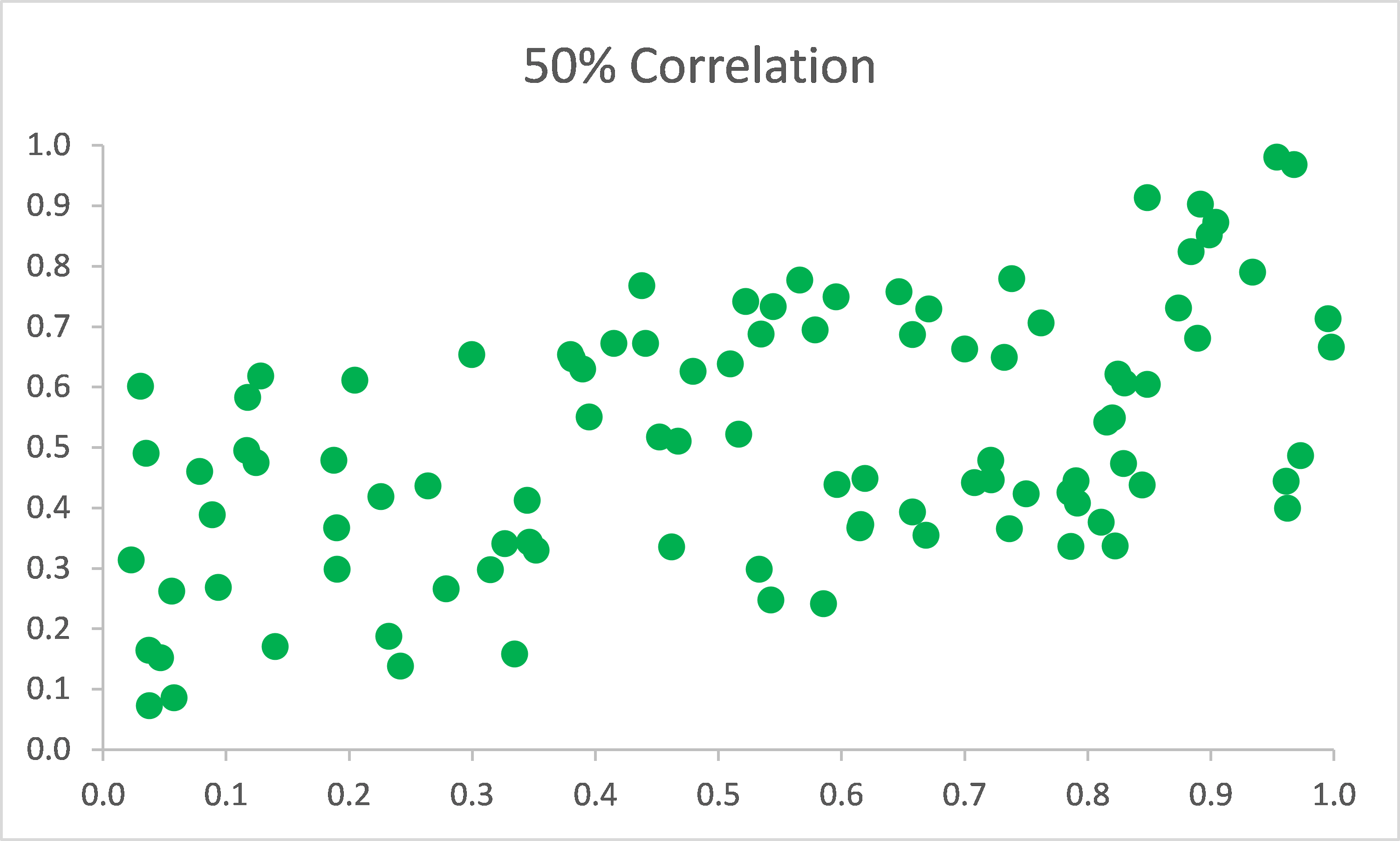 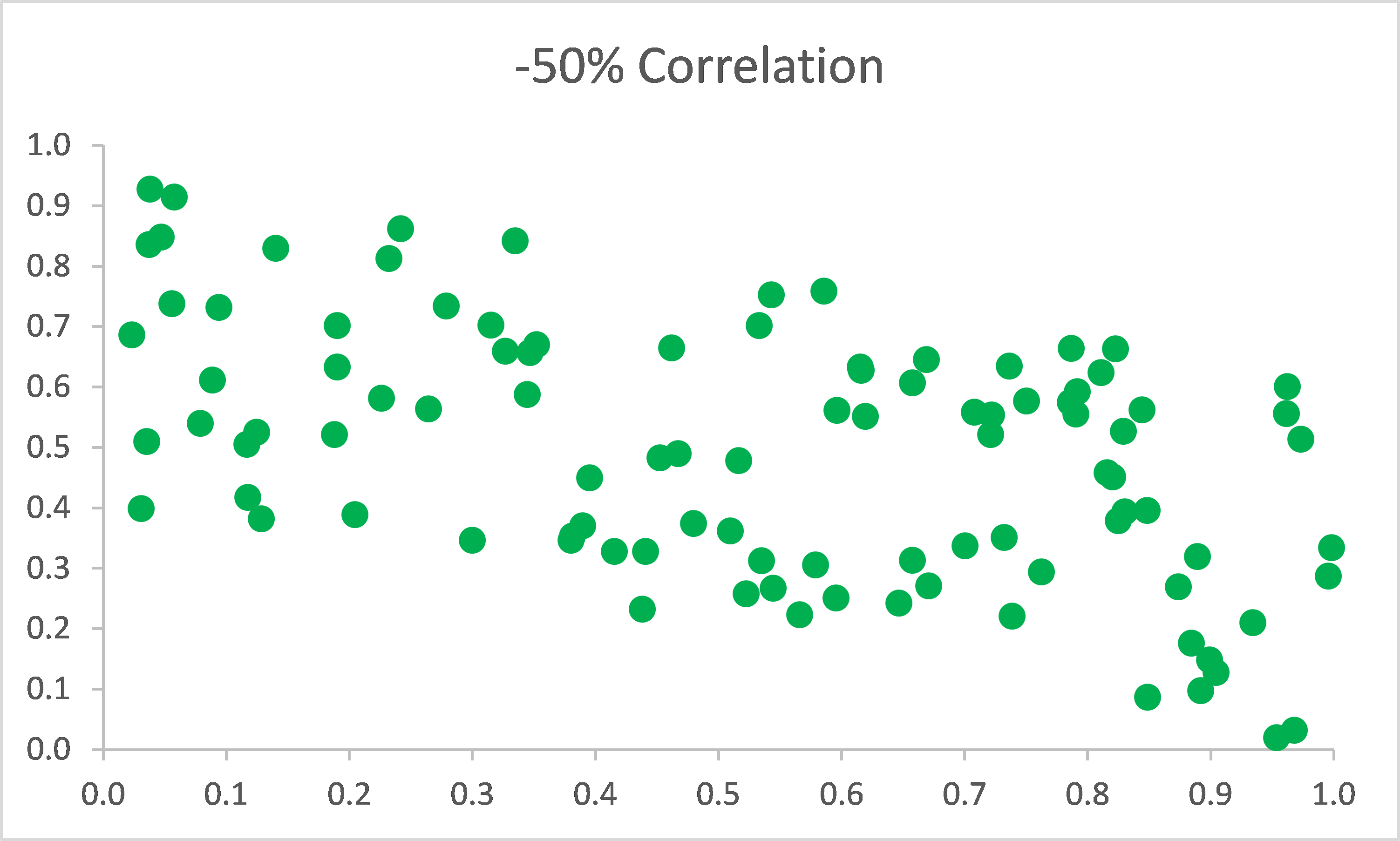 If I have two random variables with exactly the same properties and they are 100% correlated, the outcomes would be:

Remember that 100% correlation means that the variables move proportionally in the same direction.  If I take the average of the outcomes for Variable 1 and Variable 2 for each observation, I would get results that are the same as the original variable.  As a result, the process defined by the average of Variable 1 and Variable 2 is the same as the original variable’s process.  There is no reduction in the standard deviation (our measure of risk), so there is no diversification when variables have +100% correlation.

If I have a third random variable with the same properties but the correlation with Variable 1 is -100%, the outcomes and averages by observation would be:

The average of the averages is 0 and so is the standard deviation!  By taking two variables that have ‑100% correlation, all volatility has been eliminated.

If I have a fourth random variable with the same properties but it is uncorrelated with Variable 1, the outcomes and averages by observation would be: