What is Bitcoin: The Short and Long Answers 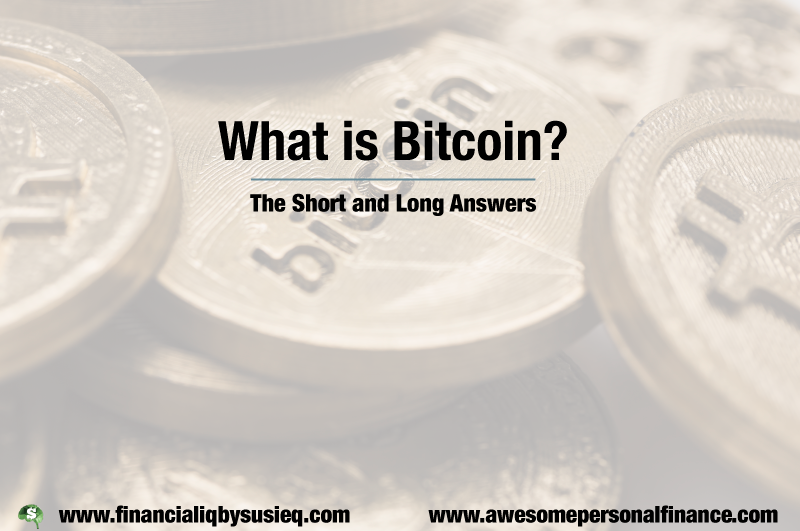 The phrase “what is Bitcoin” is currently getting between ten and one hundred thousand search queries in Google per month. There is a broad spectrum of answers out there. In this exposition we’ll give an accessible answer that will help you decide if cryptocurrency is an investment that is right for you.

What is Bitcoin? … The Short Answer

The short answer is it is digital currency. Naturally, there is a long answer too. You should be aware that this is a complex subject because it touches many sophisticated topics like macroeconomics and centralized banking. Most people think of currency as what is used in their home country. In America they use US Dollars. Japan uses Yen. Other countries use Euros and Pounds. There is nothing wrong with thinking of Bitcoin as just another type of currency with the added nuance of it being purely digital.

Why is it Such a Hot Topic?

We have already briefly tackled the question of “what is Bitcoin.” At this point, it is worth mentioning why people are so fixated on it. There are a few reasons.

It’s worth mentioning the other more innocuous reason why Bitcoin is such a controversial topic. That reason is decentralization. The impact that statement has on you depends on your level of knowledge with banking practices. Most countries have a central bank. In the Unites States, this is the Federal Reserve. Centralization means that the country’s currency has innate value based on the trust of the ruling government. When you give your money to a bank, it pays you interest because it invests that money to make more money. However, you are not privy to these investments and actually have no transparency as to how the bank is behaving. Historically, this has led to corruption.

Bitcoin is decentralized which means you have full transparency. Typical banks have a ledger detailing their customers’ transactions. Bitcoin has a similar concept called the Blockchain. This is the ledger of Bitcoin. Instead of it being centralized, it’s freely available to all its users. The users are given anonymous addresses and this is what creates decentralization. In the Blockchain, you can see every transaction, but you won’t know who is participating. Conceptually, this is very controversial because it takes all middlemen out of the equation. This includes the government. For this reason, some governments have made Bitcoin illegal. Denmark, Iran and Nepal have all banned it is some way.

The Blockchain is anonymous which makes tracing money almost impossible. This would make it very hard for litigious societies to cope with the existence of crytpocurrency. While you could theoretically hide all of your money in a wallet, you would be exposed to the fluctuations of the underlying price. The anonymity aspect of Bitcoin also makes it ideal for crime and lascivious pay outs. There are amazing upsides though. It’s free to participate and dramatically cuts down the possibility of corruption.

Why Does Bitcoin have Value?

The value is generated from simple supply and demand. People are willing to trade money for Bitcoin and this is where it derives its value. Critics claim this can be interpreted as fictitious and so it’s possible it could just vanish without a trace. The distributed nature of the Blockchain makes this very unlikely because so much actual money is tied up in it and the transparency is very high.

The Pros and Cons

Getting involved is synonymous with owning currency. Bitcoin is nothing more than a currency and its pros and cons can be compared to the US dollar. Participating doesn’t need to be an all or nothing consideration. You can buy a small amount as an investment and see how it performs. Similarly, I don’t think it’s justified to characterize Bitcoin as crazy nonsense either. In December 2018 The NYSE announced its launch of forwards and futures contracts on Bitcoin. This commitment likely signals that Bitcoin is here to stay. Let’s look at pros and cons. 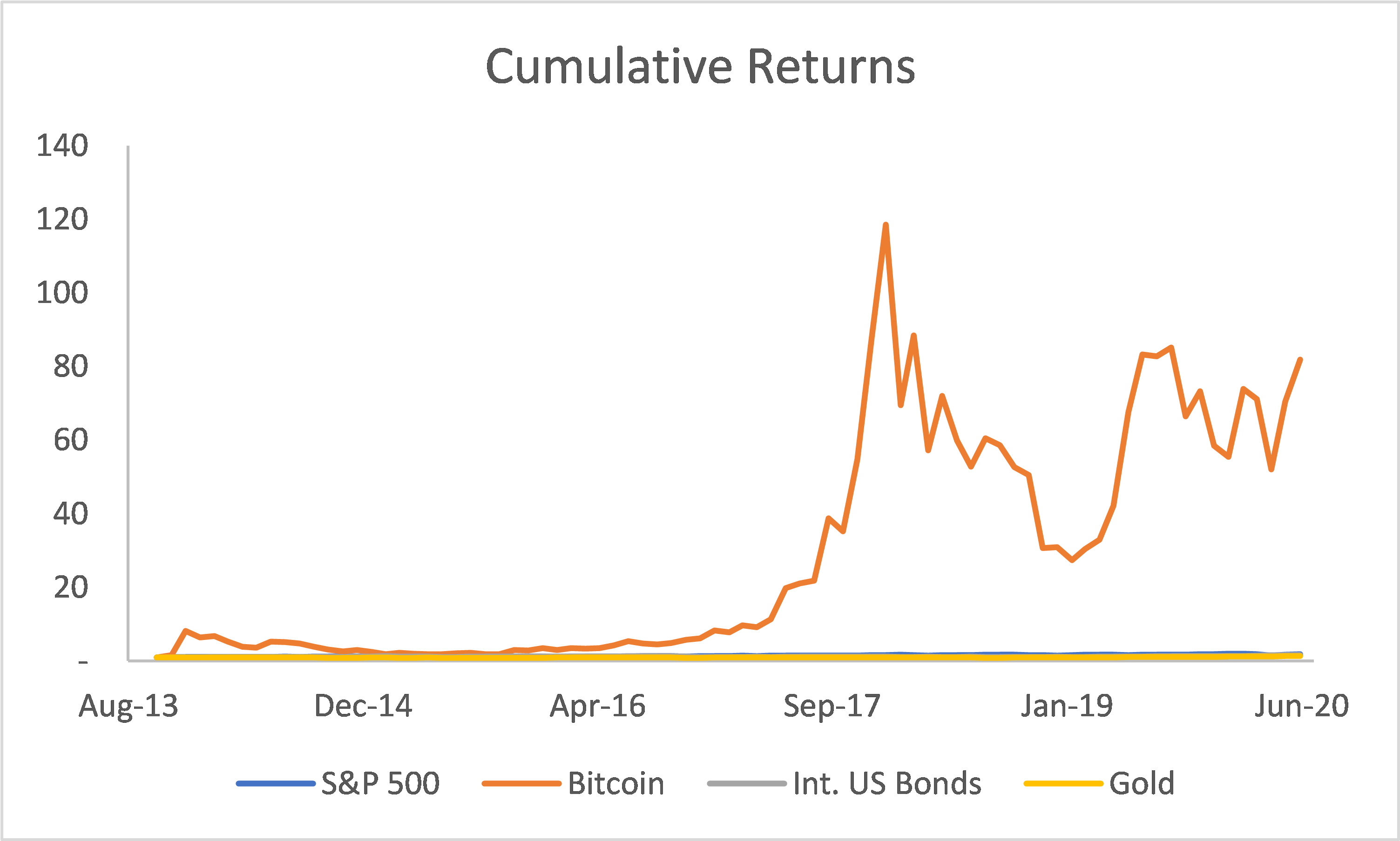 Should I get Involved ?

If you have read this far down you probably have a good idea as to whether you want to get involved with Bitcoin. The answer to this question hinges on how much effort you are willing to put into the learning the mechanics of it. Unless you are willing to learn more about Bitcoin wallets, exchanges, and mining efforts (all discussed below), I don’t think you should get involved. If you want to learn these fundamentals and have a dog in the fight then there is nothing wrong with that either.

Your participation is Bitcoin doesn’t need to be an all or nothing experience. There is a wide difference between liquidating your retirement account and putting it into Bitcoin and just buying and holding some Bitcoin. There are many ways that you can go deep into Bitcoin but you shouldn’t lose sight of what it is. It’s just another currency. It’s not a magic wand that pulls money out of thin air. In the following sections I’ll show you some Bitcoin basics so you can learn how to own some Bitcoin and manage your risk. Each of these topics is very dense and there is more to learn on all of them. This should demystify things a bit though.

Getting your Feet Wet

The easiest way to own Bitcoin is to just buy it. This is an investment and there is risk attached to it. There is risk both in the volatility of the Bitcoin currency and the security of your actual amount of Bitcoin. If you want to just buy Bitcoin, I recommend buying it on an exchange. There are many to choose from but I have the most experience with Coinbase. There, you can easily set up an account and buy a small amount of Bitcoin. Currently, one Bitcoin is worth about $10k. This doesn’t matter that much because you can own fractional amounts and $100 is probably the perfect amount to get started. Beyond this, the security of your coins is an issue too.

I mentioned before that your Bitcoin security is an issue to be concerned with. This is where wallets come into play. A wallet stores your Bitcoin and its private key. This allows you to generate a Bitcoin address to participate in the Blockchain. Wallets are a dense subject and there are many types to choose from. The minimum that you need to know is that you should have one! Your Bitcoin is literally not safe without it.

It’s important to understand the wallet doesn’t actually hold coins. A better analogy is that it marks your place and value in the blockchain. It facilitates your participation in the blockchain by holding your private key and keeping it out of the possession of others.

An exchange can hold your Bitcoin but exchanges have been hacked before and  resulted in people completely losing their money. While it’s hard to recommend a Bitcoin wallet, it’s easier to recommend a type of wallet, namely a cold storage wallet. This is the most secure type and that disconnects your private key from the internet. You can even have a paper wallet by printing out the private key.

No surprise here, trading is a complex topic. Like many assets, you can trade Bitcoin. This is risky, but here is what you should know. Trades are done by trying to predict the price. You can do this by following news about it or following the evolution of the technology supporting it. Historically, the price has been quite volatile, so you could potentially make a lot of money from it. The risk is high also.

It’s important to understand the subtle differences between investing and trading. You can do both simultaneously. The key difference is the amount of time you hold the asset. Trading is more speculative as you work to achieve a sequence of short term transactions that make you a profit. Vanilla investing just means you hold Bitcoin and wait for the value to go up and realize the profit in accordance to your own risk preferences.

You might hear Bitcoin investors declare they are “hodling”. This means they are holding Bitcoin long term. The misspelling is an acknowledgment of its early days where the misspelling “hodling” had widespread notoriety.

To get started with trading, you can verify your identity on Coinbase and start trading immediately. Of course, this is an oversimplification. You need to develop a solid plan and strategy to be successful and realize that all traders have trades where they lose money. Here are some tips to get started trading.

Bitcoin Mining is a term you might hear thrown around quite a lot. To understand it in the most basic way you need to know that miners are participants in the Blockchain who work to synchronize the distributed nature of the Blockchain. Their reward for this is actual partial coin payout. This is a concrete way to make money. You might even hear comparisons to mining as printing money. In some ways this is true, but it’s short sighted.

Mining is a different way to profit from cryptocurrency and Bitcoin specifically. Mining is also a form of investment because you are investing capital to have a well preforming mining rig.

There is a lot of overhead to mining. The main overhead is elaborate hardware that will work to compete in the Blockchain. This is very competitive and successful mining rigs can cost thousands of dollars. It’s not uncommon for people to work in teams called “pools” where they split mining earnings. The upside to mining can be high but so is the price of entry. Here are some points to keep in mind.

Remember cryptocurrency is a massive topic and what I have covered is only scratching the surface. The intent here is to expose you to Bitcoin and show you different risk levels at which you can participate. By now you should have a firm understanding of what it is and how you can invest.  Here are some walkaways from today: